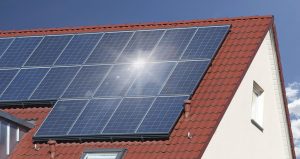 At Mirasol Fafco Solar we depend on the sun for our livelihood. As earthlings, we tend to take the sun for granted. We are pretty sure we know exactly what the sun does; we know it is shiny, we know it makes plants grow through photosynthesis and we know that if you stay outside for too long you will burn your skin. We believe the sun is the most useful of celestial bodies, I mean, Alpha Centauri is the second closest star to earth and it basically does nothing for us. The sun is responsible for so much here on earth and solar power is by far one of the most exciting. Mirasol Fafco is one of the oldest solar companies in the country and continues to be the most trusted alternative energy supplier in Florida. To clarify, we don’t supply the energy, we give home and business owners the means to generate their own power. We offer the possibility to save money, make a positive impact on the environment and support clean energy, needless to say we depend on the sun.

The History of The Sun

The sun is speculated to be over 7 gagillion years old, ok so maybe just 4 billion, but that is generally an estimate determined by a sophisticated computer system. The question is, if a computer can determine the age of the sun, why is it that when you call the power company the computerized answering system can’t understand what is being said? The inconsistencies are baffling. The sun is made up of melted, glowing stuff surrounding a nuclear core that produces energy through fusion. It is like a hot pocket, the outside is hot but the filling will melt a hole in your tongue. The sun is notoriously difficult to study with the face melting temperatures, but scientists seem to have a handle on what is exactly going on, but figuring out what happens to all of the missing socks in the dryer is beyond the experts.

The History of The Sun On Earth

Throughout human history, the sun has been the subject of many superstitions, religions and bad hotel room paintings. The sun was a focal point of almost every early civilization, except of course, the ant people who live underground and are reported to be aliens. The Egyptians built the pyramids in honor of the sun, the Aztecs put the sun on those gold coins in the pirate movie, and the Geeks decided a chariot carried the sun across the sky. The awe that earthlings feel about the sun has never wavered and even though we know what the sun is, we still are impressed on the occasion of an eclipse.

While using the sun for energy had been the norm for thousands of billions of years, before electricity was invented, nobody went out after 8:30 at night. (Keep in mind this was before 7-11 stores) Electricity changed the way humans interacted after the sun went down, and at Mirasol Fafco we turn the sun’s energy into electricity. *Mind Blown*

We appreciate you spending some time with us today and having a little Friday fun. Please contact us for more information about our extensive line of solar power systems, we look forward to hearing from you!